The global coronavirus pandemic will leave a long-lasting stain on the aviation sector, said a top official of Regent Airways, a domestic private carrier.

“The impact on the aviation industry is unprecedented and it has happened suddenly,” Salman Habib, deputy managing director of the private local carrier, told The Daily Star in an interview recently.

Governments around the world have imposed restrictions on air travel, while most countries have banned international and domestic commercial flights altogether to flatten the curve on the rogue virus.

In the middle of March, Bangladesh banned passenger flight operations with all countries but China, plunging the sector into mounting losses.

“Airlines have had no choice but to ground their planes, and, in some cases, their entire fleet,” he said.

Subsequently, the pandemic could erode passenger volumes in Bangladesh and wipe $190 million, or Tk 1,615 crore, off the airline operators’ revenues this year, according to an estimate by the International Air Transport Association (IATA).

The IATA forecasts that airlines across the globe will lose $314 billion in passenger revenue in the current year amid the coronavirus outbreak, while those in the Asia-Pacific region will witness a slump by $113 billion.

Airlines that have a mixed business model are faring better than those that rely solely on scheduled passenger services, Habib said.

Private airlines in Bangladesh will be affected more by the immediate aftermath of the crisis because they have smaller balance sheets and fewer financial resources to weather the storm.

Airlines that operate by leasing aircraft are in a far more precarious financial situation as they cannot afford to ground the vessels because they are still expected to pay for the lease.

Asked about Regent’s strategy in coping with the evolving situation, Habib said it is difficult to come up with an immediate strategy as of now with all the uncertainties looming large.

“We can’t predict when air travel is going to return to normalcy.”

Regent, with four Boeing 737-800s and two Dash-8 Q300s in its fleet, is now waiting for the government to lifts the ban on air travel.

“We will then devise plans on how to restore operations at full throttle.”

Asked about what they expect from the government, Habib said the IATA has called upon all the governments in the region for a combination of direct financial support, loans, loan guarantees and support for the corporate bond market and tax relief for the aviation industry.

“This is a good short-term move and it will help the operators to a certain extent,” Habib said.

However, the private airlines are discussing with the authorities concerned about the long-term changes required in policies, tax and value-added tax relief, along with comprehensive changes in the regulatory charges.

“It’s also important to note that all the countries where Bangladeshi airlines operate have already announced significant direct financial support to both their private and state-owned carriers.”

For Bangladeshi airlines to be competitive and sustainable against the operators from those countries, similar support should be given by the government, Habib said.

By doing so, the country will not lose valuable foreign currencies, which would be retained by the local airlines.

When Regent started in 2010 as a subsidiary of Chittagong-based Habib Group, its forte was domestic operation. However, as time progressed, international flights took precedence. Regent currently serves three domestic and five international destinations.

“And we did quite well.”

Habib said they intended to have an airline in line with some of the successful carriers in the region, concentrating on customer service, while operating to core destinations and serving the people of Bangladesh.

About the barriers the country’s aviation sector faces, Habib said the policymakers should at first look at why historically so many private airlines have failed in Bangladesh.

“Infrastructure is the second most important pillar. All our airports are underdeveloped, while the domestic traffic has grown beyond 200 per cent in recent years, which is quite unique in Southeast Asia.”

The airports in Dhaka, Cox’s Bazar, Jashore, Chattogram and Sylhet require immediate attention, he said, adding that policies on the gateways of the country need a master plan for the next 15 to 20 years rather than a stopgap solution.

“With the addition of the third terminal for the Dhaka airport, we will see major growth in this sector.”

Dhaka can be made a future hub for both passenger and cargo flights. Airlines will use this perfect location to move traffic among European countries, China, Korea, Japan and Australia.

To meet the future demand, he called for establishing an institution in the country to train the young generation on aviation management, said Habib, who has a Bachelor’s degree in Business Management from the UK’s Queen Mary University.

The airline’s long-run strategy would be to keep a balance and review the model as well as invest in technology to ensure sustainable operation.

“I think it is now time that we look in bilateral codeshares and move into a revenue and cost model that can sustain the operation.”

But major reforms are needed to iron out the imbalances in the regulatory, fuel prices and taxation structures to ensure that Regent’s costs are in line with its peers.

The regulatory charges and taxes in the aviation sector are on the higher side compared with other industries, Habib added. 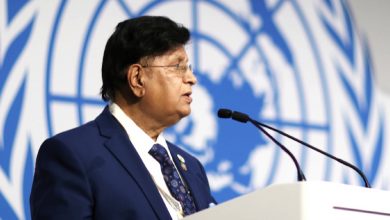 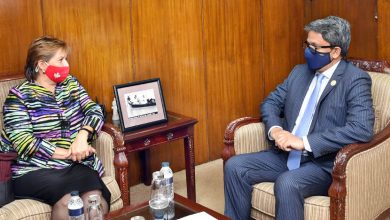 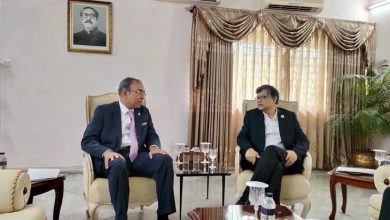 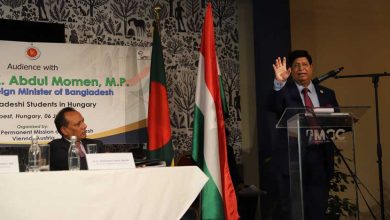